Floods are one of the major causes of water damage to property. A flood can result from the overflow of water in lakes, rivers, and other bodies of water. This usually happens when there is continuous rain or snow melt exceeding the lake or river’s capacity. Homes that are built along the banks of these bodies of water are oftentimes damaged by floods. Although people are aware of the risk involved if they construct their homes and businesses near bodies of water, it makes travel cheaper and doing business easier. The water also provides for their sustenance and for this reason, despite the risk, people are drawn to live near the water. 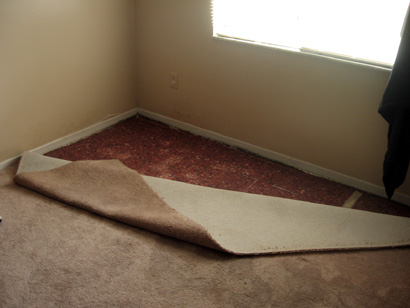 When for some reason a dam breaks the water that it releases will likewise cause flooding. Earthquakes and volcanic eruptions can also cause bodies of water to overflow, especially the sea. A tidal wave can result from this which can cause severe loss of life and property like the Indian Ocean tsunami of 2004. It caused the death of over 200,000 people from several countries with its waves which rose up to 30 meters.
Flood can also result from slow constant rainfall, thunderstorms, hurricanes, or a series of storms that moves in the same area like the one that hit the State of Florida in 2008. A single tropical storm, Fay, moved around the area, making four landfalls in different parts of the state, resulting in property damage worth several hundred million dollars.
Flood damage in Melbourne, FL, a city in Brevard County, was substantial. In a 24-hour period it received rainfall of 11 inches, flooding homes with up to four feet of water. Cars, buildings, roadways, drainage and sewer systems were also damaged and there were several people reported to have died in the course of the flooding. Many homes suffered water damage with furniture and fixtures destroyed. As water receded, residents found the walls and floors of their houses covered in mud and they were faced with the task of cleaning up and restoring their damaged property.
There was also no electricity for a few days and water supply was suspended due to contamination by floodwater. The threat of acquiring diseases that contaminated items can spread was always present, a risk that requires disinfecting large areas of the house and disposing of contaminated items. If it had happened in a third world country, it could also have caused food shortage.
Another effect of flooding is the changing of the location of river channels, disrupting the area’s usual way of life. In farmlands, crops are destroyed either by the floodwater or the sediment that are deposited in them. This can lead to economic difficulty and food can get expensive due to low available supply.
The flood damage in Melbourne, FL has necessitated residents to spend several hundred dollars for the cleanup and restoration of their homes and property. Lucky are those that are insured because they don’t have to shell out the amount needed for repairs while those that are not are faced with the burden of paying for the remediation from their own pockets.

Coastline Restoration is a full service water damage and mold removal company located in Cocoa, Florida.
Serving Brevard County and the Space Coast of Florida for over 10 years with emergency water removal and damage control 24 hours, 7 days a week.
Water damage, the removal, and the cleanup process can be completed quickly and the associated cost minimized, when compared to the cost of mold remediation if the “dry out” is not taken care of properly.  Call 321-631-3252